A Legacy of Horror

From the steps of Spencer Mansion all the way to the depths of the Baker House, the saga that is Resident Evil managed to pioneer the survival horror genre, providing fans with some truly spine-chilling scenes that still stick with them today. Now that they seemed to have reclaimed their crown, what better time to look back over their best scares before the release of the remastered version of Resident Evil 2!

Well, at least we know it’s creative about its kills. Depending on whose path is initially chosen, either Claire Redfield or Leon Kennedy end up in the Raccoon City Police Department while trying to survive the city’s zombie-related downfall. While passing by a window they catch a glimpse of something crawling into view that disappears too fast to be identified. Nevertheless, the seeds of tension have been planted, setting up players for the subsequent discovery of a headless body… and what exactly caused it to become headless. Man that is uuuuuuugly.

On the hunt for a key card late, Leon makes his way into an Autopsy Lab with suspicious-looking corpses present. It’s not until the card is retrieved that Leon comes face-to-face with one such corpse that can now stand upright… and attack by stretching out its limbs to inhuman lengths. This strange, drooping beast is a Regenerador – one of several found in the latter part of the game. Should the Regenerador’s bizarre design not leave you fearful, its ability to regrow limbs, creepy breathing, chilling theme song and viciously bite will almost certainly suffice.

We’re starting to get the feeling Capcom really doesn’t want us to trust windows anymore. While descending further into the depths of the RPD, the player – and their character of choice – bear witness to an increasing number of filthy, dilapidated hallways. The first time you go through this hallway it’s no big deal. Sure the crunching broken glass is unsettling, but it’s on the return trip that things get crazy. Think those boarded windows are going to keep you safe? Think again.

As cold opens go, this is rather chilling. Shortly after being dropped off on the outskirts of a village, Leon swiftly makes his way to the village center. There it’s made abundantly clear – especially thanks to the sight of a police officer stuck in a bonfire – that the villagers are not to be trifled with lightly. Alas, things take a turn when the village inhabitants abruptly begin attacking Leon, leading into a tense sequence in which he barricades himself inside of a house and wards off attackers. To cap it off, the villagers simply walk away upon hearing a church bell ring out, leaving Leon and the audience equally uncertain of what to make of the situation. 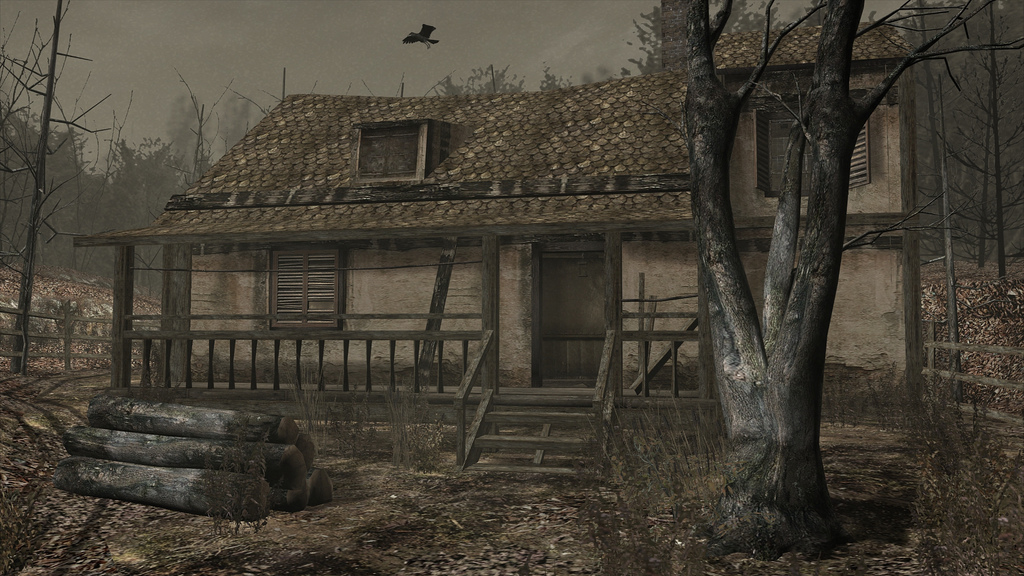 When it comes to jumpscares, few can top the proper introduction to the horrifying Cerberus creatures. Early in the original game, the player happens upon a locked door that can only be opened with a lockpick or a special key. Once unlocked the door gives way to a suspiciously innocuous lit hallway that players are all-too-tempted to run down. But if you’ve been paying attention to the rest of the list, you’ll know that not all is as it seems…

Be sure to check out the video below to see our picks for the Top 10 Resident Evil Bosses.