Prepare For A Lot Of Screaming

It’s a good time to be a Dragon Ball fan. Not only is Toei Animation working on the twentieth film in the franchise, which is allegedly a sequel to the standout series Super, but also are set to release a brand new show called Dragon Ball Heroes. On top of that, several classic Dragon Ball films are being re-released for certain North America theatres, including the likes of Bardock: The Father of Goku and Broly: The Legendary Super Saiyan. So in celebration, we’re going to be looking back at some of the series’ most jaw-dropping transformations!

Vegeta spends most of the DBZ series trying to catch-up to Goku’s level. So when Goku achieved Super Saiyan before the Saiyan Prince, Vegeta didn’t take it so well. Training like a man possessed, his obsession pushed him to an emotional and physical breaking point. This transformation wasn’t memorable for it’s flamboyant manifestation like many of the others. Instead, Vegeta nonchalantly turns up with his new powers in a manner befitting the big-headed Prince of Saiyans. 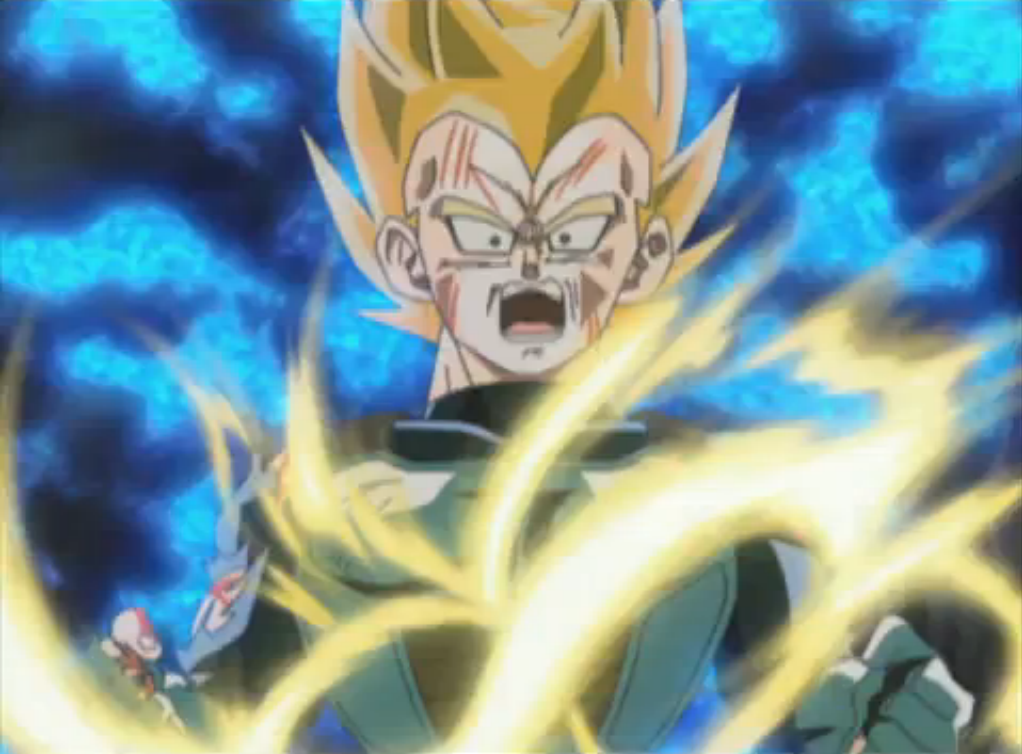 We all remember Goten and Trunks’ absurd dance that ended up being a cultural staple. The kids were established as fighting naturals early on, able to achieve Super Saiyan with relative ease. Having them combine into one being not only doubled their strength, but the merging also gave us a new character in Gotenks. And while Gotenks becoming Super Saiyan 3 was also incredible, the first fusion made our list because it added to the DBZ Universe mythos. Fans went from asking “who would beat who in a fight” to “which two fighters should merge next.” Oh, the possibilities.

#3: Cell Transforms To His Perfect Form

“Perfect Cell” was Cell’s final transformation as the already incredibly powerful artificial life form. After absorbing Android 18, Cell’s change was a long and incredibly brutal ride. This DBZ metamorphous caused drama across the planet: darkening the sky, parting clouds, starting tidal waves, making tornados, and irradiating the entire globe with crackling anime energy. Then there’s the spectacle of the almost blinding blue dome around Cell. DBZ fans were presented with a new villain who was seemingly unstoppable.

Since episode one there had been hints to Gohan’s untapped hidden power. Throughout the series, we’d seen only brief glimpses of that power up until this point. However Gohan’s gentle nature prevented him for fully unleashing his maximum potential without mercy. It’s not until seeing his friends dying at the hands of Perfect Cell that Goku and Chi-Chi’s little boy let his restraints go. We watched him from day one of training as an overly mothered child to become a fighter that rivaled even Goku. Gohan’s transformation wasn’t about the fireworks. It was the pride in seeing Gohan come into his own.

Goku going Super Saiyan for the first time is not only at the top of our list, but it’s arguably the most iconic moment in the series. It’s impossible to visualize the character without him summoning his chi into a golden glow and blonde highlights. This is the transformation that all others are judged by. After all the weeks of showing off Frieza’s strength and cruelty, Goku powering up to avenge his best friend Krillin gave fans goose bumps. It’s a visual summation of DBZ as a whole: hard work transcends any obstacle. 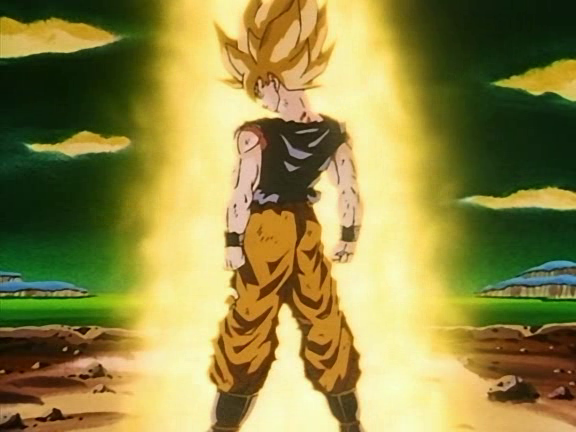 Be sure to check out the video below to see our picks for the Top 10 Dragon Ball Super Moments.